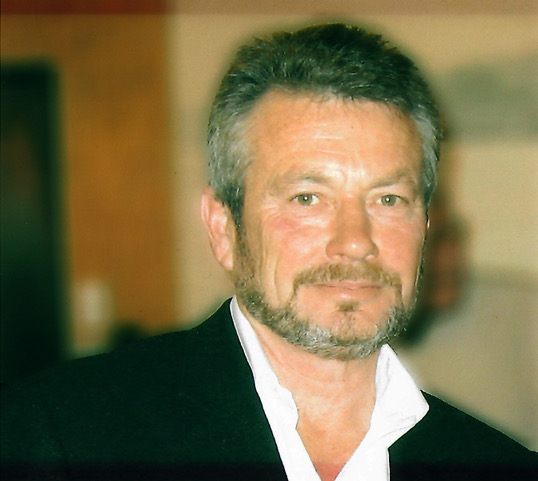 Bruce was born on 2nd December 1947 in Wellington and over his journey developed a passion and love for many things including family, farming, business and sports – especially rugby, water skiing, golf, and fishing. Bruce was an extremely intelligent, motivating and loyal character who had core values around friendships, family and business. These traits formed the foundation for both his success and happiness.

Bruce started work at age 14 as a baker for his father and then qualified as a meat inspector at the age of 22. He established his first cattle and sheep farm located in Foxton in 1977 and since then owned and ran cattle and sheep farms. He also farmed deer during the 1980’s and owned farms in Foxton, Wellington region, Wairarapa, Whanganui, Taranaki, Palmerston North and Hawkes Bay.

Bruce moved to Whanganui in 1996 to join The Land Meat company and established the Horizon Trust in the same year. 12 months later Rotongaio Station was purchased by Horizon Trust for the purpose of farming sheep and cattle. Bruce had a passion for the land and received great satisfaction from developing and improving it for future generations. Bruce had a strong ethos around responsible and sustainable practices in all his farming and business interests.

In the late 90’s when Bruce began to settle in Whanganui he fell in love with the Wiritoa Lakes district on its outskirts in the south. He purchased 150 acres there which became his home and first Whanganui farm. During the early 2000’s Bruce spent his leisure time farming and improving his Rotongaio and Wiritoa properties and in 2006 undertook a major renovation on the farmhouse at Rotongaio Station. This was the birth of Rotongaio Lodge.

In 2007, Maxwell Quarry was born. Bruce, together with his son Jarrod, setup a small shell rock quarry operation located 25kms north of Whanganui. Then, in November of 2016, they decided to expand the business and purchased two other quarries located further up the coast in Hawera and Opunake. Today, all three quarries operate under South Taranaki Quarries Ltd and supply quality aggregates to the contracting and forestry industries across the Manawatu and Taranaki regions.

Bruce’s youngest son Todd is a golf professional and qualified golf coach who was based in Melbourne from 2003 to 2017. In 2009, Todd established Horizon Golf which initially offered unique golfing holiday experiences. It has since evolved to be a diverse brand for growing the game of golf though coaching, golfing holidays and special golfing events. Today Todd is based back in New Zealand working with the family on the Trusts interests.

In 2012, Horizon Trust purchased the Seaview Meat Company and Bruce, together with his daughter Amanda, re-modelled it to be both a boutique trading company and producer. Seaview was initially established over 20 years ago as a local market trading company but with no production or brand. Today Seaview has a strong brand focused on delivering high-quality products to niche markets both domestically and abroad.  Today Amanda primarily manages Rotongaio Station and oversees the finances of the trust group.

In his last years Bruce resided in Palmerston North on a 50-acre farm with partner Tracey and her two children, Presley and Jake. It was there Bruce formed new interests in floristry and, most recently, farming bees with Tracey.

Sadly, Bruce passed away suddenly on 13th February 2018, at the age of 70. Bruce was a transcendent man who was loved and respected by many and will be sorely missed… May he be resting in peace.